Home / Others / Top 10 Worst Viruses in The World 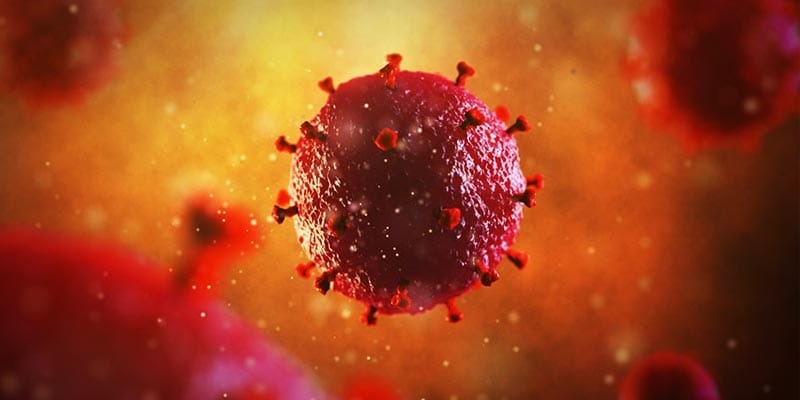 Viruses have been a problem that has plagued the entire world population ever since. Who more ‘who less we are all affected with diseases that produce real massacres in all countries of the world without distinction; sometimes they afflict only man, sometimes other living beings and sometimes both.

Unfortunately, they are wounds that inevitably lead the human being to fight; it has been like this since ancient history and still is.
But which viruses are the worst? In researching the worst we must certainly calculate the level of mortality that the virus causes.

Coronavirus is only the latest, the most recent of a long series of infections that have affected humanity throughout its history. Most have been far more lethal than the current Covid-19, have caused huge massacres and some of them continue to claim victims. It is therefore good to know that not only does the coronavirus exist, but that man has made and continues to face even more dangerous viruses today.

But what are the top 10 worst viruses?
Here they are. 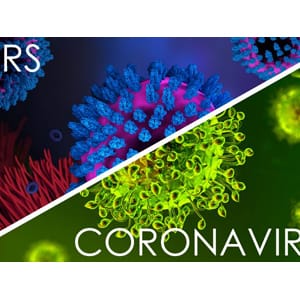 Both in tenth place because it seems that the current coronavirus “In 80% of cases in its genome it is more or less the same as that of “Sars” of 2002 – 2003″. But what makes the difference are the mutations of the virus, which make it, on the one hand, “extremely more contagious than SARS” and, on the other hand, “less lethal”. “So make more cases. But it is less dangerous, at least three times less dangerous than “Sars”. ”

“Sars”, an acronym for “Acute severe respiratory syndrome”, is an atypical form of pneumonia, very contagious. Appears in China in 2003 and begins to claim victims; from that moment it declined, but not completely disappeared.

As already mentioned, it is associated with Covid-19, both for the family of origin of the viral strain (both belong to the coronavirus) and for the symptomatic manifestations (fever, cough and respiratory difficulties) and the affected areas. In Covid-19 over 80% of patients have a moderate form and recover and only in about 2.5% are lethal, while for “Sars” the lethality rate is at least 9%. 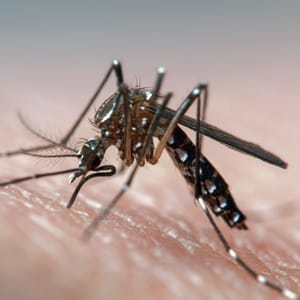 It is an endemic and insidious fever, which is transmitted only with mosquito bites, therefore not from man to man. It affects 50 to 100 million people every year and is particularly widespread in Thailand, India and South East Asia, but is present all over the world, especially in tropical regions.

There is no vaccine or other specific effective treatment against it; its mortality rate is rather low but not negligible and stands at 2.5%, almost like coronavirus. 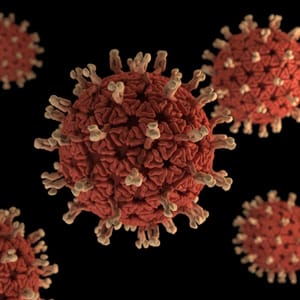 It is a very dangerous infantile gastroenteritis that mainly affects infants and children under 5 years. It causes severe diarrhea which leads to dehydration. It is responsible for 200 thousand deaths a year, about 500 or 600 a day, and WHO considers it one of the most serious current health emergencies. 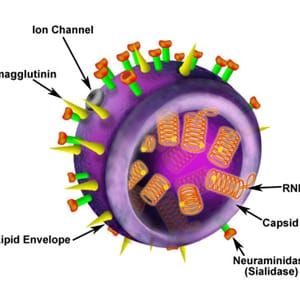 Unfortunately, there is no mention of a normal flu that passes with 2 days in bed; we are talking about real mortal influences with which man has had to deal: “Chinese flu”, “Spanish flu” and ‘Asian flu”.

A). Spanish flu
The Spanish influence in 1918 was named after the first news came from Spain, which was not subject to the censorship that involved all the States participating in the First World War. It is estimated that it caused more than 50 million deaths (fivefold of those caused by the same war). It is the pandemic that has caused the most deaths in human history, widely overcoming the plague.

The Asian influence of 1958 was the Spanish heir; in the previous forty years, the influences had been “normal” until the outbreak of this new pandemic. Also in this case it was an innovative virus, completely different from the strains known up to that moment; it caused 2 million deaths but soon, thanks to a vaccine, it was contained, and disappeared after 11 years.

C. Chinese flu
It was named after it because it broke out in the Chinese colony of the city of Hong Kong in 1968. Among the pandemics of the 20th century it was the least lethal: it caused “only” one million deaths, of which 20 thousand in Italy. It was highly contagious and associated with pneumonia. Fortunately, the following year she disappeared, as quickly as she had appeared. 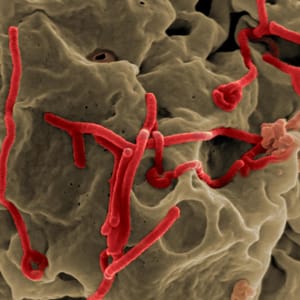 It is a fairly recent disease that has exploded in West Africa, causing a hemorrhagic fever that has killed more than three quarters of infected people. Despite the danger, the death toll is below 2,000 people. This is because the virus has such a fast action that it kills most guests before they can infect others. Furthermore, in Africa, the affected populations live mainly in villages, not in large cities, and this has limited its spread, together with the fact that the patient is unable to move.

But the disease remains very dangerous and many things remain difficult to explain: “there is still no proven treatment”, warns the OMS , just as it cannot be effectively prevented because “the natural reservoir of the disease has not been identified with certainty “. We only know that it is transmitted through contact with blood, secretions, organs or other bodily fluids from animals or other infected people. “WHO” considers it the most complex epidemic in the history of viruses. 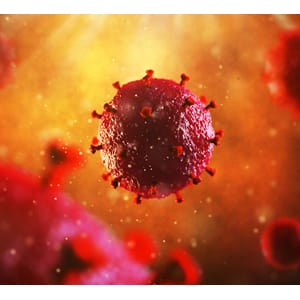 The HIV, which causes the acquired immunodeficiency, is a “retrovirus”, which affects the infected cell differently from that of traditional viruses: it settles in the DNA and starts to replicate from there. Its target is the immune system cells, which weaken; so in those affected, the risk of infections with other viruses or bacteria, or tumors, increases enormously.

The disease continues to claim victims, but above all it continues to meander, exist and cause victims and counts. An estimated 40 million people worldwide live with HIV infection, especially in sub-Saharan African countries, where, according to WHO, almost 5 out of 100 people are HIV positive. 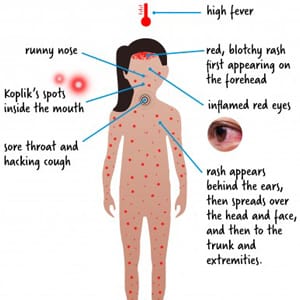 Despite the vaccinations available for over 50 years, measles remains one of the main causes of death for young children: more than 130,000 dies per year, especially in areas of the Third World, such as Congo, Ethiopia, India, Nigeria and Pakistan. There is still a worldwide alarm: among the vaccinable diseases, it is the one that still causes the greatest number of deaths.

Studies indicate that measles originated from cattle plague, another serious disease that has only recently been eradicated, such as smallpox. This also demonstrates the ability of viruses to evolve, change and adapt to the environment, affecting other living beings differently. 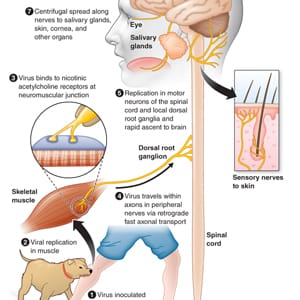 It is the oldest known disease, and still exists today. It is transmitted to humans by infected animals through saliva, especially with bites. It causes an encephalitis (inflammation of the brain) which is very often fatal.

Still today, he is responsible for a number of deaths that varies between 25 thousand and 50 thousand a year. The most affected country is India. There is an anti-rabies vaccine that in the western states helps a lot to contain the spread of the disease and prevent the lethal outcome. 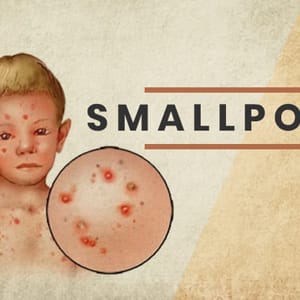 Smallpox is lethal in 30% of cases and leaves permanent traces in those who survive. This disease, which almost totally exterminated Native American populations who came into contact with the colonizers, still caused 400 thousand deaths a year in Europe alone until the first half of the twentieth century. Then, it became the symbol of the vaccine, which was discovered in 1796 by Edward Jenner, intrigued by the fact that cattle breeders did not fall ill with smallpox.

Vaccinations applied on a large scale led to the complete eradication of the disease, that is to its almost complete disappearance in the world; the last recorded case is from 1977. 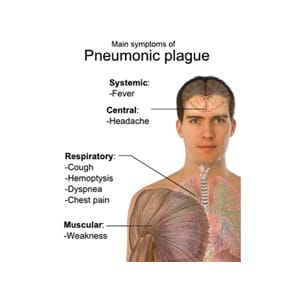 It dates back to the dawn of history and is the deadliest pandemic that humanity has ever known: it is estimated that it has killed 200 million people. Famous is the great black plague of the fourteenth century, which in 1300 affected all of Europe, exterminating 60% of the population.

Now we know it above all from the “Manzoni” story of the Milanese plague of 1630 contained in The Betrothed, but you must know that the plague still exists in some areas of Africa, Asia and central-southern America.

It is difficult to report the worst viruses or try to list “the top 10 worst viruses” since we all consider any virus to be the worst virus, but it is normal for it to be so; especially if it causes a lot of victims or if it is still unknown as it happened recently with the “Covid-19”.

We can certainly say with absolute or almost certainty that the 10 viruses listed above adequately represent the worst that man has ever known; still today many poor populations still suffer from pathologies that we Westerners have long eradicated, and still many in the world die.