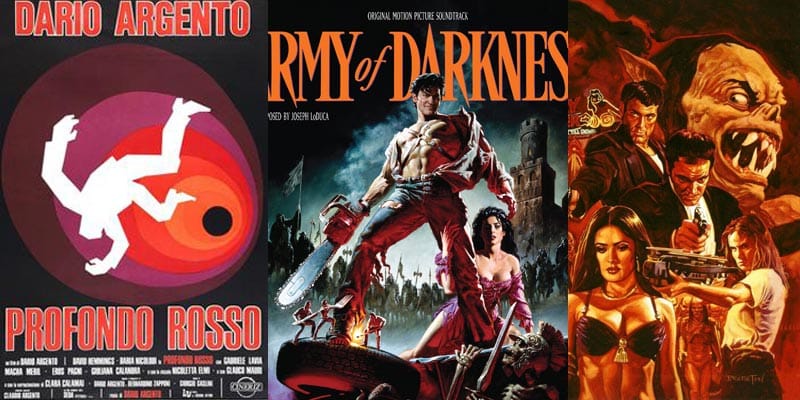 The Horror genre are not only movies but real “cult” that generate passion for the viewer. In fact, to see such films you are either curious to see one or you are a true fan of this genre. For years, horror has brought to light movies of cinematographic masterpieces not for everyone.

Horror movies art was born from as much as the passion for the occult is very ancient.

The first supernatural movies can be found in some silent short movies created by pioneers of cinema such as Georges Méliès during the last decade of the nineteenth century; the most famous is “Le manoir du diable” (1896) which is thought to be the first horror movie in history. 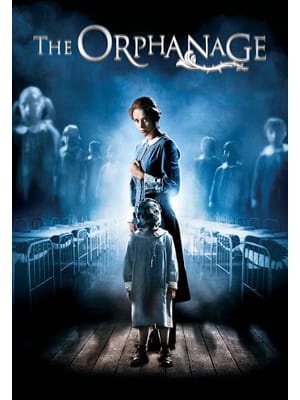 Good level of suspense and thrills in just the right measure for this thrilling thriller / horror film, directed by novice Juan Antonio Bayona and produced by the Mexican director and screenwriter, Guillermo del Toro. The beautiful and good Belén Rueda plays Laura, a woman who, many years later, decides to return to the orphanage where she grew up as a child, with the idea of ​​transforming it into a family home for children with problems. Together with her, her husband Carlos and her adopted son Simón, suffering from HIV.

As soon as they arrive at their new home, however, little Simón begins to behave in a strange way: he continuously plays with imaginary friends and invents fantastic stories that do not leave the mother indifferent, already psychologically dazed by that mysterious place that had been so important during his childhood. However, things go on in a relative normalcy, until, during the masquerade party for the inauguration of the family home, Simón disappears without a trace. Thus began the desperate search for parents, who will resort to any means, even a medium, to find their son, and who will have to try to carry on, between the police investigations and the dark presences of the house, who seem to want to communicate something to Laura …

From dusk till dawn 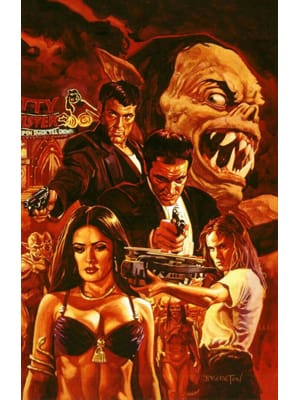 The story tells us of Seth and Richard Gecko, two brothers who first rob a market, then fleeing take a cheerful little family hostage on a trip out of town. Once in Mexico, they remain in an open truck driver’s bar, which will reserve the protagonists a long night of delirium, blood, vampires and prostitutes. A pressing rhythm punctuates the story, clearly divided into two sections: first part totally “Tarantine”, second part “Rodriguezian” 100%: absolutely winning mix. It is difficult to prefer one over the other. It is certainly not a colossal, we are not dealing with a beautiful film regardless, but for lovers of the genre a real pearl. 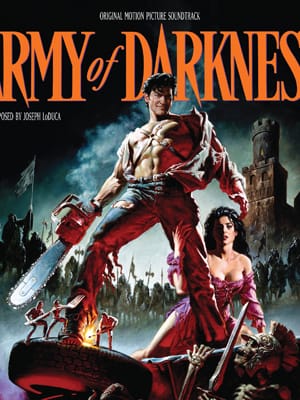 Ash, after cutting his hand (gangrene because of the forces of Evil) is catapulted into the Middle Ages. He will be mistaken for a follower of Henry the Red and thrown into the well where people are devoured by a loathsome being. Thanks to the chainsaw inserted in place of the amputated limb and thanks to his shotgun, he will be able to get out alive, starting his adventure in search of the Necronomicon, the book of the dead, which will be used to bring it back in the 90s.

Comedy and cartoon acting combine with the science fiction plot. 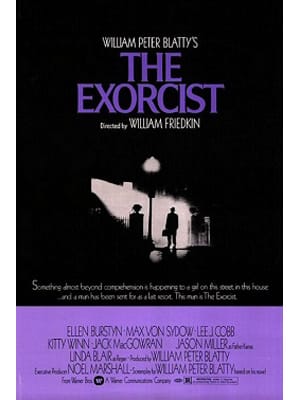 It doesn’t happen very often to see a horror film nominated for an Oscar for best film of the year, but here we are talking about one of the “scary” films that made history (and it’s terrifying!); based on the William Peter Blatty novel of the same name, this feature takes us to Georgetown, where divorced actress Chris Mc Neil lives with her daughter Regan. The latter finds a table in their home and ends up evoking the demon, who will deceive her. As the film continues, the young woman will assume an increasingly strange and disturbing behavior and the mother, given the uselessness of some medical visits and Regan’s increasingly inexplicable and frightening signals (such as speaking Latin, French and the other way around), he will agree to turn to an exorcist.

Absolutely terrifying is the scene where Regan / devil descends from the crawling ladder and turned upside down. 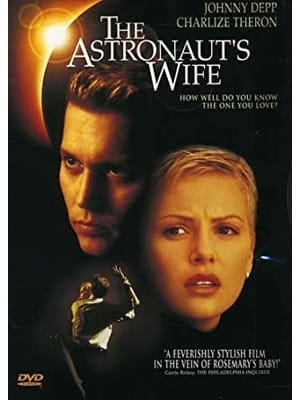 Spencer Armacost is a famous astronaut and is married to the beautiful Jillian. One day Spencer and his colleague Alex go on a mission to space to repair an artificial satellite. An accident, however, will make them return unharmed, but the two do not seem to be the same anymore. Alex has obvious signs, has convulsions and behaves violently with his wife and others; he will die during a party organized in their honor.

On the day of his funeral, Jillian will meet his wife Natalie, who will confess to her that she has hidden her husband inside her. Shortly thereafter, she committed suicide, causing anxiety and suspicion in Jillian. The days go on but the situation certainly does not improve. Also, because no one seems to know what really happened in the two minutes in which, at the time of the accident, the interferences did not allow to record the sounds emitted. Jillian will seem mad and start doubting Spencer’s identity, but nobody will believe her. The astronaut’s wife is a great sci-fi thriller, marked by a musical background that increases tension and anguish. 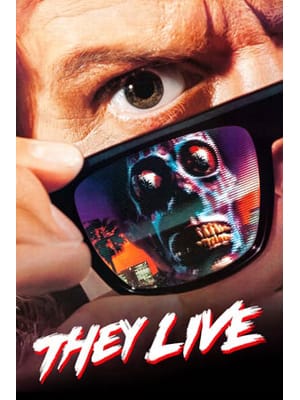 A humanity subjugated by aliens with the appearance of zombies. Subliminal messages everywhere (obey, marry and proliferate, do not think, spend and buy …) and above all corpses faces that command us without our knowledge. It is not scary and not a colossal , but considered by many to be an excellent Horror film that tries to reflect our reality. 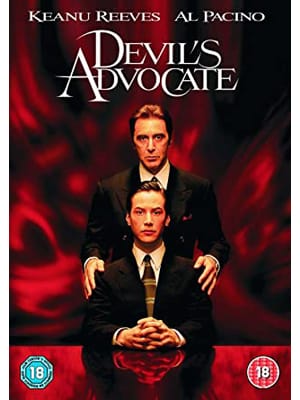 Take on the judicial theme with horror and science fiction implications.

It is a film full of tension, of esotericism, of “there is something wrong” … It makes us feel anxious until we begin to guess what is “really” happening, it warns us now and then that it is not all gold what glitters, but at the same time keeps us glued to the screen waiting for a clue.

Keanu Reeves, the young and extravincing star lawyer, and Al Pacino, the billionaire who hires him for his company and who will cover him with glory and money. Two crazy actors, two different and fascinating acting styles, two memorable characters! 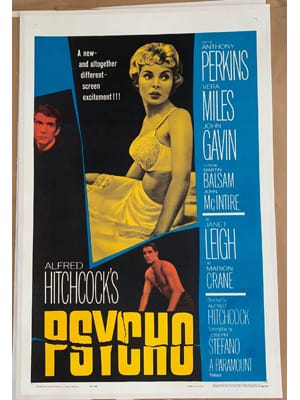 Psyco at the beginning is the story of the young Marion Crane, a secretary on the run with a big booty in order to live her love story with her lover in the dream; however, the plot soon turns into the horrifying and disconcerting description of the life of Norman Bates, manager of a disused motel. It is shocking to say the least, if the character seems to us the quietest person in the world, victim of the wickedness and authority of an elderly mother, when we face the murder of the young woman he turns into a disturbing accomplice of the murderer that is, of his mother.

Twists and turns are guaranteed, although the film is long-standing and nowadays we are used to everything … 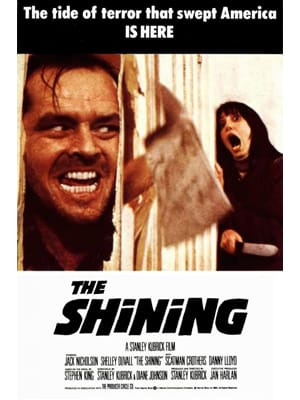 A film that confronts the positive infantile rationality with the dangerous irrationality that develops in adulthood. Dangerous, because an unstoppable worm that feeds on our mind advances like an incurable disease, annihilating every residue of lucidity, clouding every fragment of humanity. Maybe in the 80s the need was felt to undertake this hellish journey, Dante, maybe there was an urgent need to probe the meanders of Evil, to know this dark power that lurks deep in the human mind … “Shining” 120 ‘that glue you to the screen, disturbing images that go beyond space and time, a masterful use of the Steadicam, with those excursions of the child on board the tricycle through the corridors of the Overlook Hotel which are now History of Cinema. 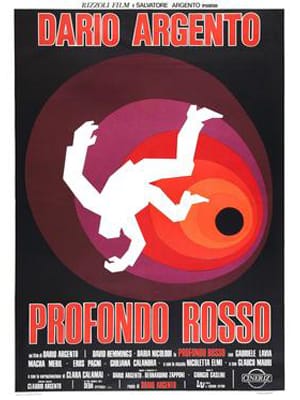 “Deep red” therefore becomes the most appropriate title for a film that is as effective as it is intense and as personal as it is universal. Effective because the narrative rendering is almost perfect and if a film is made to please the public, this film is liked and continues to please; in the year of issue it collects a collection of a good 3,709,723,306 lire. Intense because it is characterized by memorable scenes and sequences, capable of impressing itself on the spectator’s mind and leaving him with bated breath while watching.

Personal because in a few years Argento defines a style and “Deep red” consecrates the signature of its author. Universal in that history places us in front of an altered perception of reality, a confrontation with the subconscious and the past, from which fears arise in which it is easy to identify oneself.

A series of movies are to be mentioned and watched especially for those who love this genre; to note that the cinematography of horror masterpieces is long, and they all give particular emotions, sometimes very strong ….