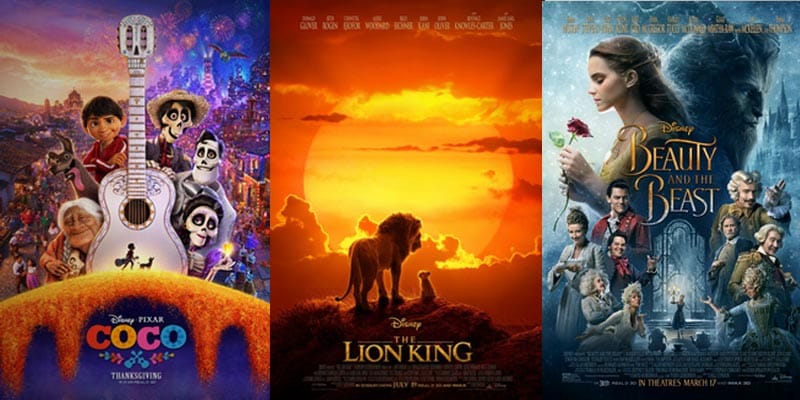 Many people are not able to think about their childhood and not remember the Disney animated movies, the excitement, the entertainment and singing their songs. Disney has not stopped creating incredible movies since it was created in 1929, even before it acquired Pixar, Marvel and Lucasfilm and became the strongest company in the industry, most of them have been the typically animated movies.

To honor this incredible company, we have prepared the Top Best Disney Animated Movies, and this is the result, and of course, with painful absences for some people. 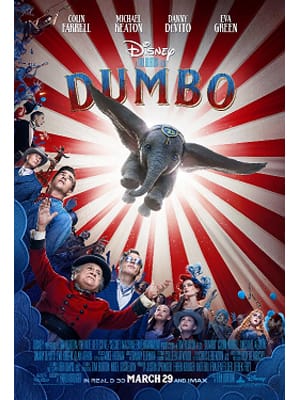 The story begins when Mrs. Dumbo is expecting a child, and the storks arrive, and leave her son, a small elephant with huge ears. Because of the enormous size of his ears, Dumbo is the victim of many mockeries but his mother always defends him. One day the mother is locked up for confronting anyone who makes fun of her son, and Dumbo is left alone, and then he makes a nice friendship with Timothy, a little mouse, who never stops believing in Dumbo, and when he discovers that he can fly with his ears, he helps him become the star of the circus.

The Hunchback of Notre Dame 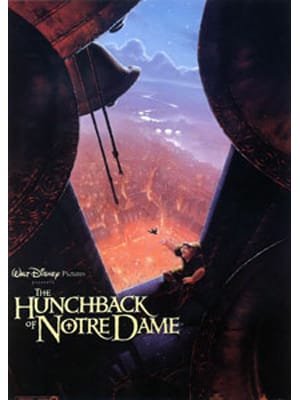 It all begins with a gypsy puppeteer who tells children the story of how the evil judge Claude Frollo hated gypsies, so he captured and killed a gypsy woman who was carrying a baby in her arms. He also wanted to kill the baby, but the friar at the cathedral in Paris wouldn’t let him and forced the judge to raise the child. Follo, however, decided to lock the deformed baby in the tower of the Notre-Dame Church on the condition that he would never come down to the village. One day, Quasimodo escapes from the tower and meets a gypsy woman in town, Esmeralda. From then on, Quasimodo disobeys the one who had been his guardian by defending the girl and living many adventures with her, until they manage to defeat the evil judge and finally Quasimodo is free and people accept him.

One Hundred and One Dalmatians 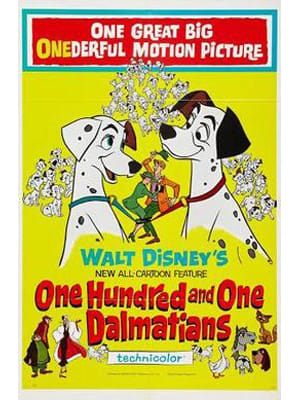 Pongo is a Dalmatian who lives with his master Roger. Tired of his master’s single life, Pongo decides to help him get a partner, but he has a canine companion. One day during a walk they meet Anita and her dog Perdita. After some time the young couple gets married, and they decide to live together, then Perdita gets pregnant and has 15 puppies. An evil woman named Cruella is obsessed with the fur coats and tries to buy the puppies, but they decide to keep them. However, Cruella is willing to do anything to get the Dalmatians and hires some thieves who kidnap them. Pongo and Perdita come to rescue their children, and are surprised that Cruella has 84 more Dalmatian puppies. After managing to escape Roger and Anita decide to keep all the dogs. 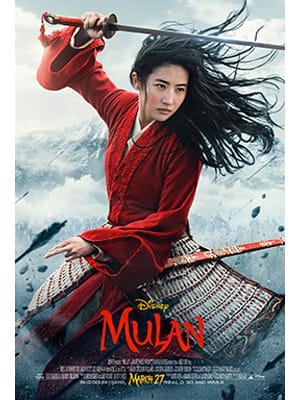 It is the adventure of a young woman who, in order to protect her father and bring honor to her family, poses as a man to join the Chinese army to fight against the invaders from the north. When the emperor makes it official that every family must send a man to Mulan’s army when she sees that her father is sick, she decides to go instead of her father. After going through a hard training he manages to gain the respect of everyone and becomes one of the best warriors in China. 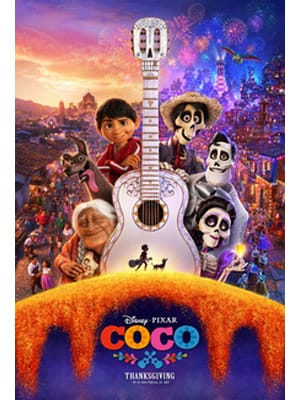 Miguel is a little boy who loves music and dreams of being like his idol, Ernesto de la Cruz, the best music in the history of Mexico. But his family does not allow music. The day of the deaths arrives and Miguel goes to his idol’s grave and unwittingly teleports himself to the world of the dead, where he meets Hector, who says he will help him meet his idol Ernesto de la Cruz if he promises to bring his picture to the offering next year. After several adventures Miguel finds out about his idol’s dark past and that in reality his great-great-grandfather is Hector who was killed by Ernesto to steal his songs, then his family along with Hector help Miguel to return to the world of the living, and he manages to make Mom Coco remember Hector and not forget him, so he can continue living in the world of the dead. 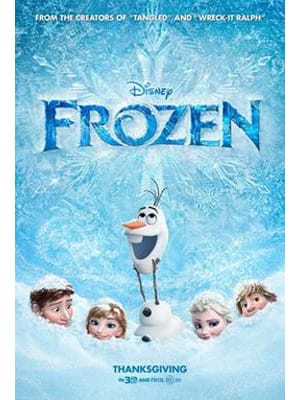 In Frozen, we are told about the adventures of two beautiful princesses Elsa and Anna. Since she was a little girl Elsa showed her magic powers to control the snow and to freeze anything, and one day when they were just little girls she accidentally hurt her little sister Anna, and since then she keeps away and distant from everybody. Ashamed of such powers and the negative effects she creates with them in her life, she decides to go to an ice palace in the mountains and live alone so as not to hurt anyone. But Anna is optimistic and brave, and is determined to bring her sister into the normal world. Together with a young snowman and mountain man, Kristoff, his reindeer Sven and a curious and funny snowman, Olaf, she sets out on a journey full of adventures and dangers to save her and to discover many things about life and love. In addition, they will fight all together to save the kingdom from absolute destruction.

Beauty and the Beast 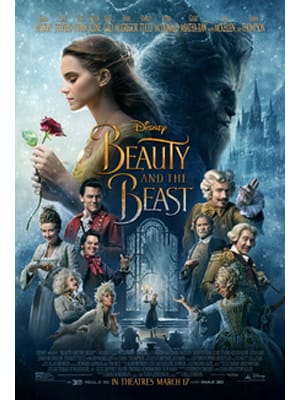 Bella is an intelligent, beautiful, and independent young woman who is imprisoned by a beast in her castle. Despite her fears, she manages to befriend the enchanted staff of the castle and learns to see beyond the terrifying aspect of the Beast to recognize the kind heart and soul of the true Prince inside, such as an evil hunter, Gaston wants to have Beauty for himself and hunt the Beast at any cost. When Beauty falls in love with the Beast, and they kiss, the spell in the castle ends and everyone becomes human again. 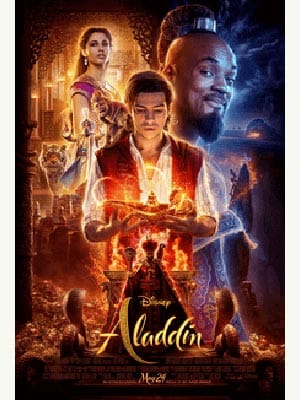 The streets of Agrabah are the setting for the story of Aladdin, a young thief who is convinced that great things await him. On the other side of the city is Princess Jasmine, who wants to know what lies beyond the palace walls, but her father always keeps an eye on her. Meanwhile, her father is tirelessly looking for a good husband for his daughter, but his advisor Jafar, who is an evil sorcerer is angry with the Sultan’s position on what Agrabah should be, and sets in motion a plan to seize power.

Aladdin gets caught up in Jafar’s evil plan and a magic oil lamp destined for Jafar falls into his hands and accidentally evokes the Genie inside. The Genie, an extravagant presence, grants Aladdin’s wish to become someone worthy of Jasmine’s love and the Sultan’s respect: Prince Ali.

Unfortunately Jafar manages to get the magic lamp, and invokes the Genie but Aladdin cleverly challenges him and makes him see that he will never be more powerful than the Genie, so he wishes to be the most powerful in the universe. The Genie turns him into a Genie, and he is locked in a magic lamp. After defeating Jafar, Aladdin releases the Jinn with his last wish, as promised, and finally he is free. 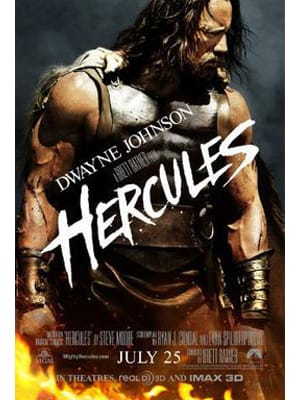 Hercules is the story of the son of the great god Zeus, who unfortunately after Hades attacked Olympus, is kidnapped and abandoned on earth when he was just a baby, but for his luck he is taken by a couple of noble grandparents who raise him as their own son. Hercules grows up and becomes very strong and with the dream of one day reaching the Olympus and reuniting with his father but to do, so he must prove that he is a true hero.

Hercules begins to train with Phil and to defeat many monsters damaging the plans of Hades to defeat Zeus, it is then that Hades looks for the way to get rid of Hercules, and he deceives him using Meg, who falls in love with him and then Hades threatens him to kill Meg if he doesn’t give up his strength for one day.

That day Hades frees the titans and attacks Olympus, but Hercules with the help of Phil recovers his will to fight and recovers his strength, saves Olympus and Meg. When his father Zeus invites him to be a god on the Olympus he decides to stay on the earth, being a human but with his girlfriend Meg. 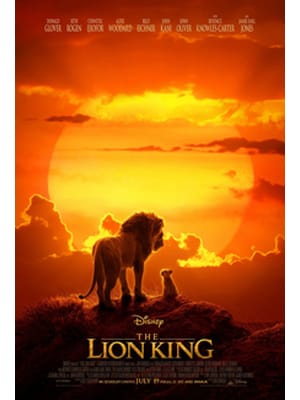 It’s definitely among the Best Disney Animated Movies. Simba, the successor lion cub to the throne is tricked by his uncle Scar, who together with the hyenas devises a plan to kill Mufasa, and make Simba believe it was his fault. With the mentality of a child, scared and with a sense of guilt, Simba is driven from the kingdom thinking that he has killed his father. Then Scar order to kill Simba but the young lion flees into the forest where he meets Timon and Pumba, who rescue and adopt him and with whom he quickly establishes a friendship. They teach him the philosophy of Hakuna Matata. Meanwhile, everyone believes that Simba has died, and it is therefore Scar who takes the throne.

Eventually Nala and Simba meet, and Nala tells him everything Scar has done, and Simba decides to return to fight his evil uncle Scar and regain the throne that has always belonged to him. After a hard fight he manages to defeat his uncle and is crowned as the king he was, the Lion King.

Without a doubt Disney has delighted us for many years with its incredible animated movies, making us laugh, sing, and sometimes cry, and with only a top 10, there are many good movies left out there. Although for sure your favorite Disney animated movie is in this Top Best Disney Animated Movies.