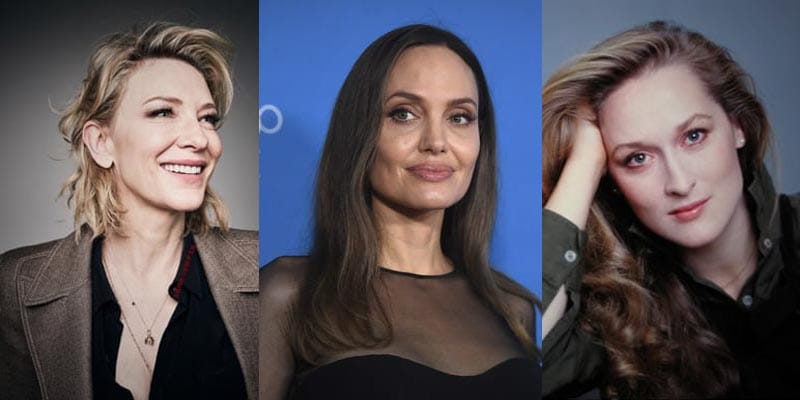 What are the top 10 best actresses of all time? Nice question and somewhat potentially difficult answer. Actresses have always existed, but since cinema was born they have been able to reach the peak of fame; thanks to an excellent skill combined with a particular beauty and charm, many actresses have become real iconic presences.

The best and best known are certainly going to get searched in the “Star-system” which certainly stands out as Hollywood, notoriously followed by “Cinecitta”, the Italian Hollywood that has been able to create cinematic sacred monsters appreciated in Hollywood too.

To search for the top 10 actresses of all time, the difficulties are not lacking since subjectivity must necessarily merge with the objectivity where one’s tastes must leave room for real objective data, recognizing talent and skill regardless of own preferences.

So let’s see the best of all time; the top 10 best actresses of all time are: 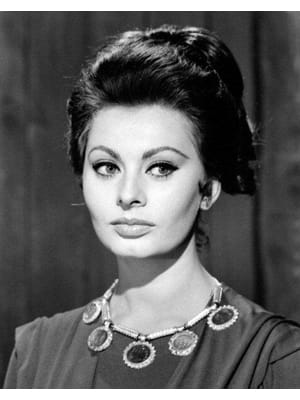 Considered one of the most famous Italian actresses in history, she began very young and was directed in 1960 by Vittorio De Sica in “La ciociara”, for which she won the Oscar, the first given to an actress in a non-language film English.

He has won numerous awards (including honorary and competitive), including two Oscars, five Golden Globe Awards, a Golden Lion, a Grammy Award, a Volpi Cup at the Venice Film Festival, a Prix at the Cannes Film Festival, a Golden Bear gold at the Berlin Film Festival, one BAFTA award, ten David di Donatello awards, three Silver Ribbon awards and was honored with a star on the famous Hollywood Walk of Fame. 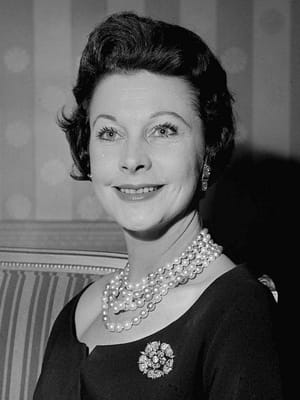 Unforgettable in her role in Gone with the Wind, Leigh could not miss in the list of the greatest actresses of all time. Her career is also legendary: she died at the age of 53 due to tuberculosis, and had been acting for over thirty years. He began at three years old, treading the theater scenes. Her life was a succession of successes, unfortunately interspersed with a pathology that did not leave her escape: she had been diagnosed with bipolar disorder. She won two Oscars for Best Actress, for the films “A tram called desire” and the unforgettable “Gone With the Wind”. 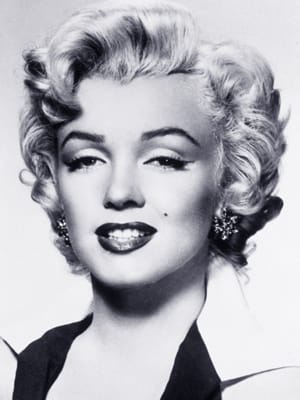 The history of Monroe is difficult to summarize in a few words: her life was studded with success, but also with unhappiness and sadness. To date, she is perhaps the icon of cinema par excellence, the diva who entered our homes with her big heart and her eternal charm. Some of her most famous roles had them in “Gentlemen prefer blondes”, A “some like it hot” and “How to marry a millionaire”. His film career has been enviable and his beauty is still viewed with amazement.

Unfortunately, Monroe left at the age of 36, in the prime of her age, for an apparent suicide: an overdose of barbiturates. The legend surrounding his death is one of Hollywood’s greatest mysteries. 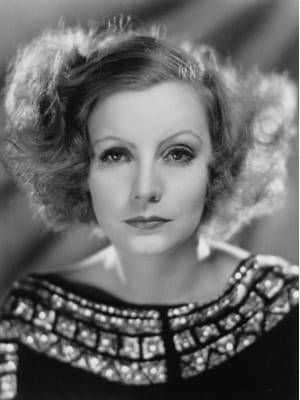 It went down in history for its mysterious charm and its lightning and severe gaze. She accidentally approached the cinema: after the death of her father, at 15, she was forced to leave school and devote herself to work. First in a barber shop and then as a shop assistant and occasionally model in the largest clothing store in Stockholm: the PUB. Here he met the director Erik Petschler in the summer of 1922. Who will start it at the cinema and suggest the surname of art Garbo. He also invented a new style of dressing, thanks to his spontaneous way of dressing masculine. While preserving its femininity and sensuality. He had many ups and downs, both in professional and private life, 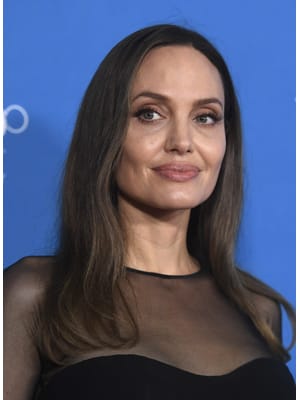 In the world of cinema, he will probably go down in history for having perfectly embodied the role of Lara Croft in the two films: “Lara Croft”; Inspired by the famous video game. Very well known, in fact, as well as for her skill and beauty, she is also for her tireless philanthropic activity. In particular, by providing help to refugees from Cambodia and Syria. Her wedding with another Hollywood star is fabulous: Brad Pitt. With whom he had three children, adopting three more. 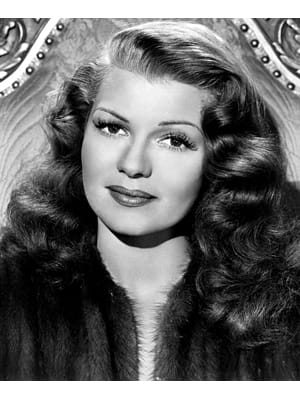 She was spotted by a 20th Century Fox talent scout, approaching cinema in 1935, when producer Harry Cohn, impressed by her Latin beauty. She underwent drastic aesthetic changes: to remedy the very low hairline on the forehead and temples, she underwent painful electrolysis sessions. Her hair was changed from brown to red. She was also decorated with the title of Princess, marrying the Ismailite Prince Aly Khan, lasted only 4 years. She went back to acting, but the roles of prostitutes and alcoholic women were mainly attached to her. Her private life was characterized by two other short marriages, while the addiction to alcohol will make her increasingly moody and unfriendly. Beginning in the late 1960s, he began to suffer from Alzheimer’s and retired from the scene in the early 1970s. He died in hospital in 1987. 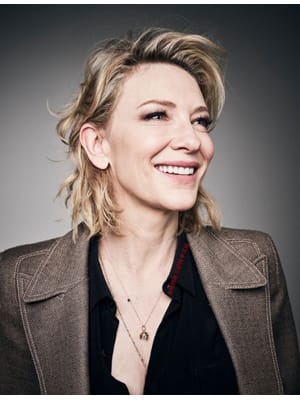 Extraordinary actress. Cate Blanchett is one of the most brilliant actresses who made the history of cinema, conquering the world with her explosive talent, with her tenacity, her grace and a lot of charm.

He played 13 characters. It was already known that Blanchett was a very skilled actress, but she kept showing it again with her interpretations in “Manifesto”. In this film, the Australian actress plays 13 different roles in all respects. 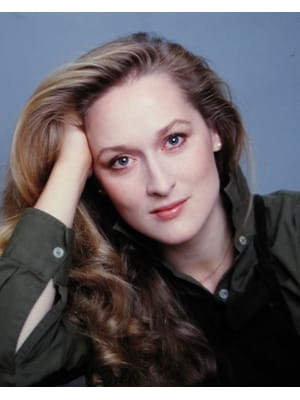 At the mere hearing of her, we can already feel a shiver down my spine. Currently, holds the record of nominations for best actress at the Oscar Awards, the most important recognition in the world of cinema. Not a year goes by without Streep being named, in short, he has won three, in 1979 for “Kramer against Kramer”, in 1982 for Sophie’s Choice and in 2012 for “The Iron Lady”. She is considered one of the most multifaceted actresses: her innate ability to play dramatic roles and comic roles simply makes her an acting icon. 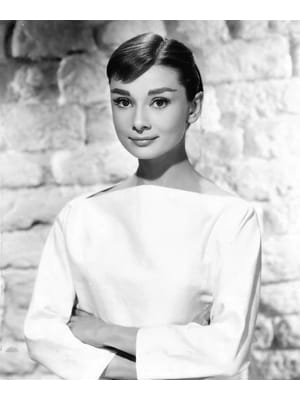 Everyone knows about Hepburn. Her films are still a point of reference for young actresses. His film career boasts some of the most important titles of all time, such as Roman Holiday, Charade, “Sabrin”a and “Breakfast at Tiffany’s”. These films are just some of the most important, but we can also remember “How to steal a million dollars” and “My Fairy Lady”. Hepburn was born in Brussels in 1929. She is remembered as a humble, simple, poor person. A friend of hers revealed that Hepburn, who owned only one headscarf, reused it in ways so creative that it never looked the same, in the years of her apprenticeship. : received her appointment in 1998. Her humanitarian work has made her an even greater person than she already was. He dedicated the last years of his life to the most important causes, fighting for everyone’s rights.
1. 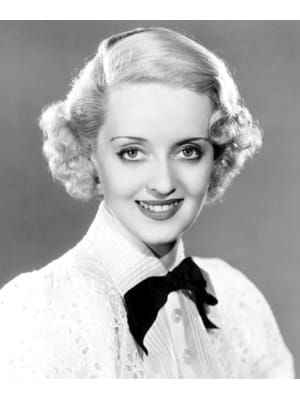 One of the greatest actresses of all time, whose charm has enchanted for decades. Eleven times nominated for the Oscar, she won him as a leading actress for” Fear of Love”, in 1936, and for “Daughter of the Wind”, in 1939. More than an actress, David was a character, a very important icon for Hollywood.

His childhood was marked by great love and passion for the world of acting: however, he made a lot of apprenticeships before arriving at the Olympus of the great stars. However, his last years were marked by loneliness and breast cancer: he also had a stroke and a heart attack. She died in 1989 alone.

There are many actresses who in reality should at least be mentioned as the best to be an expression of skill and talent, especially without forgetting the physical and sensual aspect with which many of them have been helped.

Most of them are undoubtedly American, but this is mainly due to a large Hollywood film machine that has been able to enclose a single world, also attracting foreign personalities such as English and French actresses but not only … not to mention Broadway, another emblem of the American masterpiece that has given way to talents, sometimes even of “Monstrosity skill and talent”.

However, we must not forget that a second great cinematographic machine is represented by Cinecitta in Rome who has produced talents leading them to world fame, Sophia Loren and Anna Magnani are two of the first that are remembered in Italian cinematographic history exported also to the United States. .. But equally known loved there are many others worthy of mention. It seems that culture and art are intertwined over and over between Americans and Italians almost as if they both adored a healthy competition between peoples who have an increasingly unique and united resemblance above all in a healthy artistic competition.